Excellent service! My first purchase was a litter box with shield. No more litter sticking to the bottom of the box. I love having storage for the scoop built into the box. Ease of scooping and cleaning is so much easier that I ordered a second one for upstairs! Received the Milo this past week and my 1 year old Burmese loves it . It will be perfect for the new Burmese kitten in a few weeks. It is very sturdy and should last a long time! I had questions about it before purchasing and after receiving it. All questions were answered promptly! 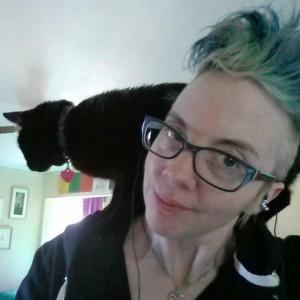 This cat tower is solid and beautiful and makes a great addition to my home. One of my two cats was using the tall scratching pole before I even assembled the tower, and as soon it was put together she was all over it. And speaking of assembly, you WILL want an electric screwdriver. It took me less than an hour (maybe even less than half an hour) to put it together with an electric screwdriver, but if I'd done it manually it would have been hours and lots of blisters. My only concern is that the scratching post isn't attached to the base of the tower; it has its own base, but I feel like it would be more secure if it were actually connected to the base of the unit, so if I move, I'm going to have to remember to remove the scratch post from the overall tower if I don't want it to get wrecked in the process of getting it into and out of the truck. Overall, this is a great product and I'm glad I bought it. I'm looking forward to many good years of use.

The Milo cat tree is terrific. Have had it for a month and it blows all “cat trees” away. This is so much more than any other cat tree you can find in the store and online. It is beautiful, well-designed, and provides plenty of things for the cat to do. Highly recommend it.

Happy with the cat tree

The cat tree is sturdy and attractive. My new kitten loves it. It looks so beautiful in my living room. I have no regrets. I had a question about the cat tee, Tuft + Paw responded quickly.

The cat tree came in two boxes which fooled us a bit but after a rather simple construction the tree is both innovative and aesthetically pleasing. The cats love it and we do too.

Every product begins and ends with consulting our cat behaviorists. We're informed by science to ensure your cat's needs come first.

There's a reason why our stuff looks this good in your home. Our design team is a cat-loving crew who used to create human furniture too.

Driven by innovation, we're constantly looking for ways to solve problems and bring joy. We make sure a piece works, then we make it beautiful.

We hold ourselves to high safety standards through rigorous testing to ensure the well-being of our cat customers, and provide peace of mind for their humans.