We take delivery as seriously as we take design. We’ve organized our shipping to be affordable, fast, and transparent. Below, we’ve outlined our shipping options, and what to expect once you have placed your order.

$9 for small items such as a blankets, a toy, or a small cushion — that can be sent via courier.

Shipping is never more than $49 no matter the size of your order.

See our suggestions on our international shipping page

Orders arrive in 5-10 business days. If you're not completely happy, send the item back to us within 30 days for a hassle-free refund (excluding shipping costs).

In the U.S alone, 1.4 million homeless cats are euthanized every single year.

Every cat needs a home in order to live a long and happy life. We strongly support animal welfare in any way we can, and this means we donate a portion of every single sale to support no-kill cat shelters.

You're helping us make a difference.

I was hesitant to purchase this wheel because of its high price, but I’ve decided it was almost worth it. It is well made, quiet, and attractive. And my kittens took to it immediately. Thank you for a quality item.

United States
My Cats Love Running on It.

Overall I like it. I understand the pricing being a legitimate concern but after putting together how much it would cost me to attain the saws to be able to correctly make this myself it ended up being the same price and i dont plan on making a multitude of them so this was perfect. 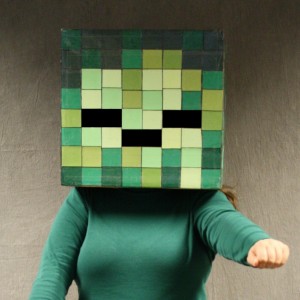 With the assembly time estimated at 30 minutes I was expecting to have to do a little more to put it together. In reality it was may 15 to 30 minutes to unbox and remove packaging. Then at most a minute to get the base placed where I wanted it and setting the wheel in the base and ensuring that it was aligned properly. I love the appearance of the wheel and believe it could fit into most (if not all) homes without the risk of being an eyesore. There's a timeless quality to it's appearance achieved through it's construction using wood and simple well thought out design. My only concern is that the carpet used to line the inside of the wheel to provide traction for the cats, will degrade over time especially since a few of our cats have decided that it makes a great scratching surface. Clearly the carpet be replaced when needed, but until then I have no idea how much of a challenge it will be to complete. While not completely silent, it is still fairly quiet when one of the cats is running on it. The sound is not unpleasant and actually allows me to notice when the wheel is in use. The cats actually make much more noise when sharpening their claws on a carpeted surface. I did quite a bit of research on cat wheels and training cats to use one before making my purchase. To my surprise and delight, it was not nearly as difficult as some people have reported. One of our cats, Leah, is extremely toy driven and confident, so I was able to lure her onto the wheel the same evening that we set it up and get her running. Within 24 hours of of initial setup we had not only Leah but also Luna running on it on their own without any prompting or further training. It's been two weeks and we are now up to four cats that choose to run on the cat wheel on their own, and all of the cats have been spotted either curled up on it or sharpening their claws in the carpet from time to time. So definitely cat approved. So far I believe that this wheel was well worth the higher price tag than many of it's competitors due to appearance, quality of build, and ease of setup.

This is a very good cat wheel . The kitts love it . It is a great design and very sturdy and very stable compare to another cat wheel we have . Also no assembly required and I like the rug on the wheel rather than rubber . Also it is important that cats do exercise everyday . I highly recommend this and worth the price plus the design and the oak wood makes it look like a piece of furniture in your home .

Beautiful design, sturdy, and my cat loves it! It took him a while to warm up to (thanks to his cautious personality) but it is now a staple in our home. Worth every penny!